Visit our new Digital Download site
to get OUP's Choral and
Solo Instrumental music
instantly
Home > Hints & Tips > Can you ever be over-rehearsed? 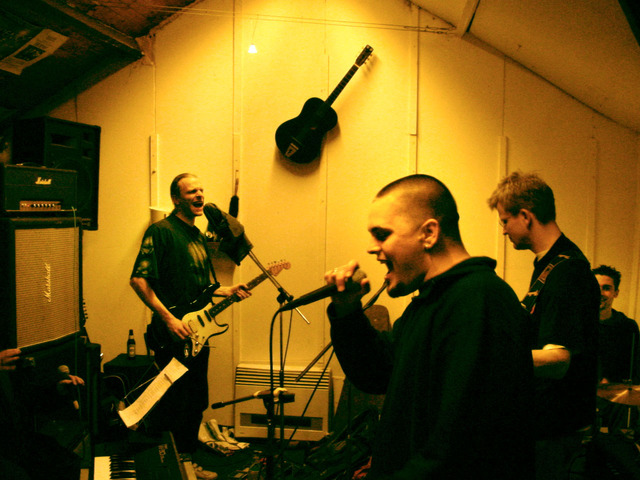 Sooner or later everyone in music is going to put on a performance. I’m not talking about playing for family and friends, but for those who don’t know you and are likely to be somewhat critical. But what constitutes a performance? Strutting your stuff in front of 20,000? Getting on stage in front of a couple of hundred at well known London clubs? Or playing those three pieces in front of that solitary individual known as a Grade Examiner? Yes, all three constitute an audience, and all three expect you to put on the best show you can. The first two expect it because they’re paying money to you, while that last one holds your future in their hands. Whatever your audience, you’re likely to be a bit nervous, and that’s natural. If you ever get to the stage where you’re not nervous before you’ve played the first note then maybe you’re not doing the best you can.

But there are things you can do about those nerves. One is to channel them into the intensity of your performance. Another is to rehearse. Practise! And keep practising. By the time you get up to Grade 5 that should be at least an hour a day, and I don’t mean just give all the pieces a quick run through from start to finish. Pay attention to the awkward bits. You know, the ones that cause you trouble, that your fingers stumble over, that you know you don’t play quite as smoothly as you know you should.

In addition to being a musician I’m also a martial arts instructor (in a style that doesn’t require you to break bricks with your bare hand) and let me tell you, no-one starts out as a black belt. In the style I teach it’s going to be a year to 2 years before you get your first grade and you’re going to spend much of that time on 5 techniques, each of which has around 4-5 movements. You’re going to do those again, and again and again until you don’t have to think about what you’re doing. Only when you reach that stage are you ready to take the test. But those techniques form the basis of everything you’ll do thereafter, and you’ll also practise them for the rest of your life.

Ring any bells? That boring Grade 1 piece? Something no more complex that Twinkle, Twinkle Little Star. But here’s the point. You don’t have any muscle in your fingers, they’re all in your forearm, and you have to train those up until you can move each finger with ease. At this point I have a challenge to throw out to anyone Grade 6 and above. Go back and pick out a grade 1 piece and play it. Not easy is it? There’s nowhere to hide with a simple piece. Anything less than perfection stinks.

But now you’ve got that performance coming up and you want to know how you can deal with the nerves. So practise. In front of an examiner you’ve only got three pieces to play so there’s no real excuse for mistakes. In live performances in front of lots of people, especially if you’re in a band, one or two mistakes can be (and probably will be) overlooked – at least until people get to know your set. After all, you could be playing up to twenty pieces, and all from memory. The band I was in would spend an entire 10 hour day before a gig just doing starts and finishes and the hand over from one song to another. In the days before the gig everything gets practised – even the improvisations. Yes, I know it’s a bit of a let down to realise that those long rambling solos Eric Clapton did were practised over the previous couple of months long before they ever got on to stage. And that’s because you have a rigid time slot to fill. If you’re on for an hour, that means you have exactly 60 minutes to fill, and that must include your encore, because either someone’s waiting to come on after you or the lights have to be switched off and the venue locked up.

So you practise, and you keep practising, and then you do it again. Then maybe one day you’ll realise that all you’re really nervous about is getting that first note right, because everything flows right after that, and all that rehearsal? It’s been worth it, because you’ve come off stage knowing you’ve done the best you can, you’ve enjoyed it, and so has everyone else. Everywhere you look there are smiles, and that’s what you play for.

That and the money ? 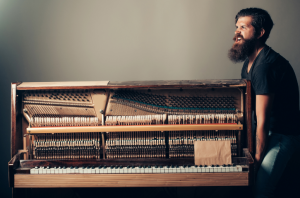 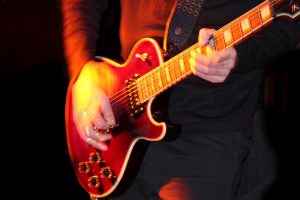